You don’t want to miss this humdinger of a book or the BlogTour for Keeper by Johana Gustawsson for that matter (Translation by Maxim Jakubowski). I can honestly say the author managed to pull the wool over my eyes and surprise me. 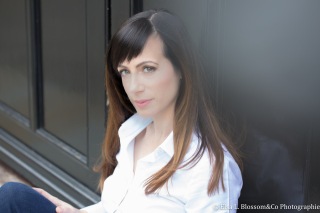 Born in 1978 in Marseille and with a degree in political science, Johana Gustawsson has worked as a journalist for the French press and television. She married a Swede and now lives in London. She was the co-author of a bestseller, On se retrouvera, published by Fayard Noir in France, whose television adaptation drew over 7 million viewers in June 2015. Her debut, Block 46, was an award-winning, international bestseller, with Keeper following suit. She is working on the next book in the Roy & Castells series.

Whitechapel, 1888: London is bowed under Jack the Ripper’s reign of terror. London 2015: actress Julianne Bell is abducted in a case similar to the terrible Tower Hamlets murders of some ten years earlier, and harking back to the Ripper killings of a century before. Falkenberg, Sweden, 2015: a woman’s body is found mutilated in a forest, her wounds identical to those of the Tower Hamlets victims. With the man arrested for the Tower Hamlets crimes already locked up, do the new killings mean he has a dangerous accomplice, or is a copy-cat serial killer on the loose?

Profiler Emily Roy and true-crime writer Alexis Castells again find themselves drawn into an intriguing case, with personal links that turn their world upside down…

Once again this Roy and Castells story takes place in multiple countries and over different periods in time, and because the author does it with such ease it actually strengthens the plot. This case sees Emily and Alexis at opposite sides with a very upsetting difference of opinions, when they disagree about a old case that took the life of someone very important to Castells.

However that leaves more room for a new character to introduce herself into the fold. Aliénor is on the autism spectrum, which leads to some amusing situations, but she also shows herself to be an important part of the team. Her meticulous eye for detail and information helps the team advance faster than they might have without her help. Hopefully she will return again for further Roy and Castells stories, although knowing the author the girl probably has a dark murderous past and has a mass of skeletons buried in her garden. Just saying.

In Keeper there are parallels drawn between the Ripper killings and another spate of killings over a hundred years later. There is a supposition of a possible connection between the two situations. Could there be a more base connection than the hunger for some specific bloodthirsty element of the crimes.

I guessed half of the solution, but I was neither prepared for or expecting the last few pages. I can honestly say the author managed to pull the wool over my eyes and surprise me. Excellent plotting. I can just imagine the author sat there with a content and smug smile on her face thinking about the reactions of her readers. Gustawsson is honing her craft, and speeding towards the top at one hell of a speed.

I was already impressed with Block 46 (Roy & Castells #1), but Keeper is an outstanding piece of crime fiction. A crime and psychological thriller par excellence. Keeper will shock, captivate and perhaps even perplex her readers.

The uncomfortable ease with which the perpetrators fall prey to the brutality and deviant desires of such a complex psychological disorder, and the way said disorder is connected to a strange and yet strong emotional bond between them, is disturbing. Gustawsson has outdone herself. I dread to think what she will come up with next, and at the same time I can’t wait to read it.

Buy Keeper at Amazon Uk or go to Goodreads for any other retailer.