Today is the last stop on the BlogTour As Cold As the Grave by James Oswald. It’s an intriguing combination of police procedural crime, mystery and supernatural. 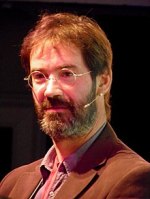 James Oswald is the author of the Sunday Times bestselling Inspector McLean series of detective mysteries, as well as the new DC Constance Fairchild series. James’s first two books, Natural Causes and The Book of Souls, were both short-listed for the prestigious CWA Debut Dagger Award. As Cold as the Grave is the ninth book in the Inspector Mclean Series.

Buy Cold As the Grave

Her mummified body is hidden in the dark corner of a basement room, a room which seems to have been left untouched for decades. A room which feels as cold as the grave.

As a rowdy demonstration makes its slow and vocal way along Edinburgh’s Royal Mile, Detective Chief Inspector Tony McLean’s team are on stand-by for any trouble. The newly promoted McLean is distracted, inexplicably drawn to a dead-end mews street… and a door, slightly ajar, which leads to this poor girl’s final resting place.

But how long has she been there, in her sleep of death? The answers are far from what McLean or anyone else could expect. The truth far more chilling than a simple cold case…

This is the ninth book in the Inspector McLean series. It can be read as a standalone novel. The other books are definitely worth a gander too.

McLean is having a wee bit of difficulty adjusting to his promotion. He is used to being the man on the ground in the midst of the dirty work. Hands-on is not just an instinct it has possibly become a hindrance to his career and close relationships. He lets himself get so enveloped by the crime of the moment that he forgets everything and everyone else.

His relationship with Emma has almost come to a complete standstill. McLean doesn’t know how to deal with her emotional turmoil. Her mood swings are unpredictable, but perhaps understandable given the circumstances. I think she is a little egocentric in a sense that the world and the pain is exclusive to her. No thought is given to how McLean may or may not be feeling or how he might be dealing with things.

McLean accidentally stumbles on the corpse of a young girl. It looks like a crime committed many decades ago, perhaps even longer. A cold case of interest rather than of importance, however something isn’t quite right.

I think the way Oswald mixes the genres becomes better with each book. The supernatural element of this crime story has the vibe of horror fiction, but the fascination of a mystery. It has a certain subtlety to it, an almost indiscernible feeling of something that is there, but not quite tangible.

It’s an intriguing combination of police procedural crime, mystery and supernatural. Oswald delivers a riveting read and compelling story. Like a fine wine he is getting better with age or with each book.

Buy Cold As the Grave at Amazon Uk or go to Goodreads for any other retailer. Publisher: Wildfire pub date 27 Jun. 2019. Buy at Amazon com.

Read my review of Written in Bones and No Time to Cry by James Oswald.