Today it is my absolute pleasure to take part in the BlogTour Changeling by Matt Wesolowski. It is the third book or episode in the brilliant Six Stories series. If you haven’t read a book in this series then I can only suggest you do so, because it is a fascinating premise.

Matt Wesolowski is an author from Newcastle-Upon-Tyne in the UK. He is an English tutor for young people in care. Matt started his writing career in horror, and his short horror fiction has been published in numerous UK- and US-based anthologies such as Midnight Movie Creature, Selfies from the End of the World, Cold Iron and many more. His novella, The Black Land, a horror story set on the Northumberland coast, was published in 2013. Matt was a winner of the Pitch Perfect competition at Bloody Scotland Crime WritingFestival in 2015. His debut thriller, Six Stories, was an Amazon bestseller in the USA, Canada, the UK and Australia, and a WH Smith Fresh Talent pick, and TV rights were sold to a major Hollywood studio. A prequel, Hydra, was published in 2018 and became an international bestseller. 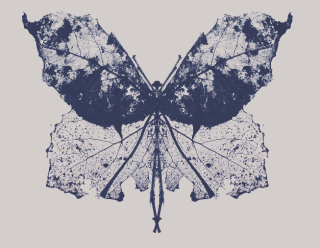 On Christmas Eve in 1988, seven-year-old Alfie Marsden vanished in the dark Wentshire Forest Pass, when his father, Sorrel, stopped the car to investigate a mysterious knocking sound. No trace of the child, nor his remains, have ever been found. Alfie Marsden was declared officially dead in 1995.

Elusive online journalist, Scott King, whose ‘Six Stories’ podcasts have become an internet sensation, investigates the disappearance, interviewing six witnesses, including Sorrel and his ex partner, to try to find out what really happened that fateful night. Journeying through the trees of the Wentshire Forest – a place synonymous with strange sightings, and tales of hidden folk who dwell there, he talks to a company that tried and failed to build a development in the forest, and a psychic who claims to know what happened to the little boy…

Intensely dark, deeply chilling and searingly thought-provoking, Changeling is the latest in the critically acclaimed, international bestselling Six Stories series, written as six Serial-style podcasts, and which are being adapted for TV by a major US studio. 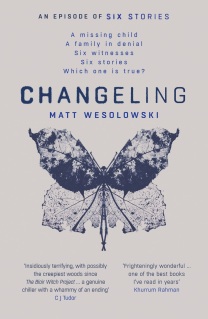 Changeling is the third part of the Six Stories series, an innovative fresh idea in a sea full of stories.

This episode of Six Stories is different in a sense that Scott King immerses himself in a completely different way this time. In the other episodes there was always an element of distance to the people, the crimes, the myths and the folklore. In this episode the reader gets a deeper look into the main characters soul, and also into that of the author.

The disappearance of a seven-year-old boy over three decades ago is still a story that gets tongues wagging. He vanished into the darkness in the middle of the night near a forest. A wooded area connected to a lot of disturbing tales and a lifetime of folklore. The fairie folk have taken him, the monsters in the woods have eaten him or maybe the trees have made the little boy become one with them. All of that and plenty more is fodder for the curious, the gossips, the amateur sleuths and even the family members of the child.

I often think it is easier for society to believe the unbelievable than to accept the possibility that humans are worse than the monsters we imagine in our minds. The inability to acknowledge the inhumanity in some of us leaves us weakened and unprotected against the evil living among us.

Kudos to the author for giving a platform to the abuse featured in this particular mystery. Sometimes you don’t know what you’re experiencing or seeing when you encounter this kind of subtle, hidden systemic abuse. The problem is people are happy to pass on a malicious rumour or assume something they have been told is the truth without knowing whether it is or not.

Been there, done that, met the monster and got the t-shirt..

If you haven’t read a book in this series then I can only suggest you do so, because it is a fascinating premise. I can’t wait to see what the TV adaptation looks like. It is a dark menacing premise that Wesolowski has given a 21st century vibe to. He delves into the darkest depths of human nature, and plays with fractured memories, hidden fears and the ancient folklore and myths embedded in our culture. Podcasts meet rumours, theories and facts to create a fascinating murder mystery with a thriller come horror vibe. You don’t want to miss this series or the author.

Buy Changeling (Six Stories #3) at Amazon Uk or go to Goodreads for any other retailer.

Read my review of Six Stories #1