Today it’s my turn on the BlogTour The Unlikely Occultist: A Biographical Novel of Alice A. Bailey by Isobel Blackthorn. 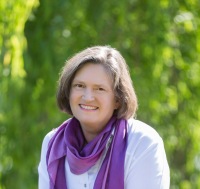 Isobel Blackthorn is a prolific novelist of unique and engaging fiction. She writes across a range of genres, including psychological thrillers, gripping mysteries, captivating travel fiction and hilarious dark satire.

Isobel holds a PhD in Western Esotericism for her ground-breaking study of the texts of Theosophist Alice A. Bailey. Her engagement with Alice Bailey’s life and works has culminated in the biographical novel, The Unlikely Occultist.

Back in 1931, Alice is preparing to give a speech at a Swiss summer school. But how can she stave the tide of hatred and greed set to bring the world to its knees?

Soon after, Alice is put on Hitler’s blacklist. What she doesn’t realize is the enormity of her influence to the world, and the real enemies who are much closer than she thinks.

A dynamic and complex figure, Alice Bailey’s reach was huge. She was influential among people and organizations of global power, especially the United Nations, and is widely regarded as the Mother of the New Age.

Yet today she is maligned by fundamentalist Christians, Theosophists, Jews, academics and above all, by conspiracy theorists. Are any of these groups justified in rejecting the unlikely occultist?

It won’t come as a much of a surprise that there are plenty of invisible women in history who have influenced life the way we know it, and yet we are completely unaware of them. When I say we I mean the majority of society or the world even, depending on which domain the person has influenced.

Alice A. Bailey is one of those women. She made her mark on the world in her field of interest and expertise, and in many other areas. Creating a ripple in a large body of water, and yet she was ridiculed for it and scorned into obscurity. Blackthorn puts forth some interesting theories for the reasons why Bailey was discredited. In the end competition and the fight for recognition in areas that were deemed non-scientific (pseudoscience) and based on theory rather than fact, was fierce. Perhaps more so between women trying to assert themselves in a male dominated world and those who thought nothing of borrowing ideas.

It would be remiss of me not to mention the reasons that are more frequently mentioned in regards to Bailey and her fall from grace. Some of her work has a very clear anti-Jewish slant. Sentences such as: ‘Today the law (karma) is working and the Jews are paying the price, factually and symbolically, for all they have done in the past’. For someone who had such concise thoughts on how to help those in need, her thoughts and New World Order ideology was often a stark contrast.

I think it’s fair to say that Blackthorn definitely gives readers the opportunity to learn about an influential writer, who has a body of work with not enough recognition. The attempt to dissect and study her life, relationships and work comes together in a way that sheds a favourable and fair light on Bailey. The combination of fact and fiction brings her name and influence to the table and perhaps even a 21st century view on the woman and her legacy.

Buy The Unlikely Occultist: A Biographical Novel of Alice A. Bailey at Amazon Uk or go to Goodreads for any other retailer. Publisher: Creativia; ecopy pub date 4 Dec. 2018.   Buy at Amazon com.

Read my reviews of A Matter of Latitude and A Perfect Square by Isobel Blackthorn.