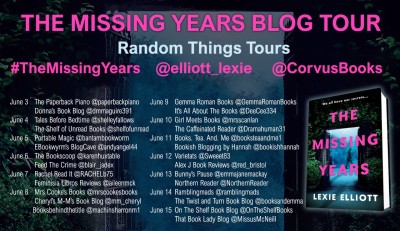 Today it’s a pleasure to take part in the BlogTour The Missing Years by Lexie Elliott. It’s a psychological thriller mixed with magical realism. 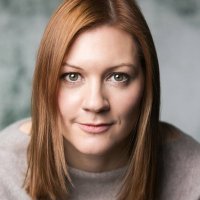 Lexie Elliott has been writing for as long as she can remember, but she began to focus on it more seriously after she lost her banking job in 2009 due to the Global Financial Crisis. After some success in short story competitions, she began planning a novel. With two kids and a (new) job, it took some time for that novel to move from her head to the page, but the result was The French Girl, which will be published by Berkley in February 2018 – available to pre-order on Amazon now!

She thought she would never go back…

Ailsa Calder has inherited half of a house. The other half belongs to a man who disappeared without a trace twenty-seven years ago. Her father.

Leaving London behind to settle her mother’s estate, Ailsa returns to her childhood home nestled amongst the craggy peaks of the Scottish Highlands, accompanied by the half-sister she’s never taken the time to get to know.

With the past threatening to swallow her whole, she can’t escape the claustrophobic feeling that the house itself is watching her. And when Ailsa confronts the first nighttime intruder, she sees that the manor’s careless rugged beauty could cost her everything…

Ailsa returns to the home of her childhood. The one her mother ran from when Ailsa’s father disappeared with a bunch of diamonds. Now her mother is dead and Ailsa owns half a house she is unable to sell.

She returns to the Scottish Highlands with her half-sister Carrie, which sounds like an opportunity to bond. The two of them have a fractious and fragile relationship, which leads to mistrust, disagreements and misunderstandings. The hope is that the two of them will reconnect and instead of searching for the old bond, perhaps they can build a new relationship. On top of that Ailsa feels as if she has fallen into some kind of bizarre mystery that is the story of her life.

The Manse deserves character status in its own right. It lives, it moves, it breathes and it haunts. Ailsa isn’t sure at first, and to be fair it’s hard to differentiate between outside influences, human hand and something more sinister and inexplicable, but eventually she realises there is something more to the building she lived in as a child.

Between each chapter is a page, which sometimes reads as if Ailsa’s father has written or spoken it himself. He is in this country or that continent. He is married, single or gay. He is so many things except with Ailsa. After a while it becomes clear that these are the scenarios she has imagined during the time he has been gone. Reasons to explain why he isn’t with her. Why she isn’t and was never important enough for him to come home again.

I loved this element of the book. Partly because it isn’t clear where the info stems from and because it interjects so abruptly in the midst of the reality of her life. It’s a little bit like her dreams, her subconscious and then her conscious self competing against each other simultaneously.

The same goes for the magical realism aspect of the read. It gives the story a haunting gothic vibe, a house as fortune-teller and the bodyguard, whilst emanating the pain of the past throughout its rooms and halls.

It’s gripping, it pulls the reader in slowly with a captivating plot. It’s a psychological thriller mixed with magical realism.

Buy The Missing Years at Amazon Uk or go to Goodreads for any other retailer. Publisher: Corvus; pub date 6 Jun. 2019. Buy at Amazon com.