Today it’s my turn on the BlogTour The Raven Coven by Emma Miles. It’s paranormal fantasy with intricate world-building.

Emma Miles: ‘I presently live in the stunning county of Dorset where I’m a cat slave to Wolfe and Piglitt. I spend as much time as I can outside in nature and love exploring and learning about new cultures and languages. I’ve visited Greece, Serbia, Transylvania, Sicily and Norway as well as making several road trips around our beautiful United Kingdom. I paint, sculpt, dabble in photography and do a little archery but most of all – whenever I get a chance – I write. 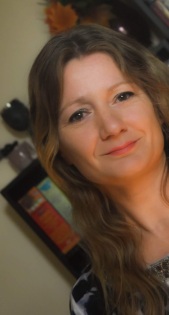 My writing started from a very young age when I often found myself being the one taking charge of and entertaining all my younger cousins. They loved to hear my stories and although they mostly called for ghost stories it was fantasy I fell in love with when I read The Lord of the Rings when I was ten. I went on to write stories and short ‘books’ for my friends through school and college; then one evening whilst I was waiting for my aunt and uncle to visit an image came to my mind of a boy sitting beneath a bridge. I didn’t know who he was or why he was there, but from exploring those questions ‘The Wind’s Children’ trilogy blossomed and grew with roots going back into his far history as well as stretching out to his future. The boy’s name was Tobias.

I have since left Tobias’s world of ‘Naris’ to explore the Valley with Feather in the ‘Hall of Pillars’ which is now available through Amazon. I am now presently finding my way through Elden, the beautiful Fulmer islands, the ravaged Borrows and haunted Chem with Kesta Silene; a shamaness of sorts with a big journey ahead of her. I hope you come along to share her story and join her adventure; she needs you and you won’t regret it.’

Kesta had left her heart across the sea. They were at peace, her people saved from slavery, and yet… her soul was uneasy.

Chem lies in chaos, its people suffering as a result of the death of the ruling sorcerers. Refugees flee the cursed Borrows, begging for help from those they had made their enemy. A Queen unknowingly makes a dark, deadly pact, and new powers rise to fill the seats left empty by the Dunham necromancers. 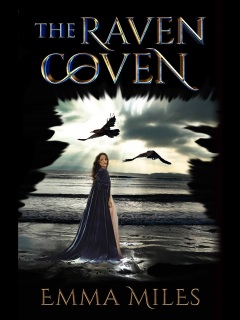 This is the second book in the Fire-Walker series, and I would definitely recommend reading the first book The Raven Tower. It has quite complex world-building, a lot of storylines and characters, which may seem unclear if you don’t read the first. The fact the second begins with a series of correspondence between said characters speaks even more to the need to read the first book.

Kesta makes the ultimate sacrifice by leaving the man she loves behind, but in this book it becomes clear that her sacrifice may have been a lot of hot air. Saying it is one thing, doing it is something else entirely. When she reunites with Jorrun they both realise that neither of them can bear being apart. So the trick is being able to find a way to be together, despite the opposition and obstacles.

Miles has incorporated important topics such as the oppression of women, the prejudice, fear and discrimination against those who hold elemental power and the people who appear to be the enemy. Sometimes there are grey areas, and Kesta and Jorrun have to navigate these difficulties to find a way for everyone to coexist.

It’s quite interesting how the two of them find it hard to balance the fact they are powerful in their separate universes, however when one of them steps into that of the other one of them becomes less powerful, which is probably the real reason they find it hard to agree about certain matters along the way. In this case it’s Kesta, because she finds it hard to be relegated to a secondary position, hence the real reason for her inability to understand her adopted nation.

It’s paranormal fantasy with intricate world-building. Although Miles brings everything together at the end there is always an opening to take the story forward from that point. It has a paranormal aspect to it, however I do think this has more of a high fantasy feel to it. Again, I recommend reading the first book in the series to get the full flavour of the story.

Buy The Raven Coven (Fire-Walker #2) at Amazon Uk or go to Goodreads for any other retailer. Buy at Amazon com.

*Terms and Conditions –Worldwide entries welcome.  Please enter using the Rafflecopter box above. The winner will be selected at random via Rafflecopter from all valid entries and will be notified by Twitter and/or email. If no response is received within 7 days then Rachel’s Random Resources reserves the right to select an alternative winner. Open to all entrants aged 18 or over.  Any personal data given as part of the competition entry is used for this purpose only and will not be shared with third parties, with the exception of the winners’ information. This will passed to the giveaway organiser and used only for fulfilment of the prize, after which time Rachel’s Random Resources will delete the data.  I am not responsible for despatch or delivery of the prize.