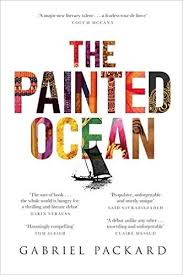 I can’t decide whether the writing style was intentional or not. It wouldn’t be the first time a author has chosen to write as if the child or teen is writing to make the story seem more authentic and in tune with the character. In this case it doesn’t gel with the overall description of the main character, and neither do her actions.

Shruti is supposedly so intelligent and academically gifted that she could pick an Ivy League college or university of her choice. Bearing that in mind she is as thick as two planks of wood nailed together when it comes to her life choices.

Before I go into the story let me go back to the style of writing, language, grammar and speech in general. Even for a supposed child’s writing it was annoying. It should have evolved into something more structured, as she grew older, but it remained at the same level throughout the book. I don’t think I have ever seen so many chapters, paragraphs and sentences all on the same page, start with And.

I focused on the plot itself, which started off really well and if Packard had stayed with Shruti and her need for family vs the betrayal by her mother, this could have been a lot better.

The first half deals with racism, bullying, neglect and the cultural relevance of girl’s in the Indian society. The rejection of Shruti by her own family leads to the change in her behaviour, lifestyle and personality. She goes from being a loved child to a number in the system. Nobody wants her, nobody cares and no person will look for her if she disappears.

All of that leaves her wide open for the manipulation by so-called friends. It’s also how she ends up in a no hope situation with her ‘friend’ and a complete nutcase. I’m not sure why Packard felt as if the plot needed such an extreme change in direction, it felt like two plots in one book.

It had some very good ideas and was full of potential, but was let down by the writing style and the frankly bizarre end scenario on the island.

Buy The Painted Ocean at Amazon UK or go to Goodreads for any other retailer.